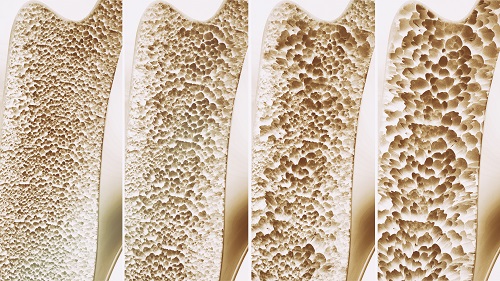 In human studies, 25 years of research has linked osteoporotic fracture with vitamin K insufficiency. A study published in 1984 found that patients who suffered fractures caused by osteoporosis had vitamin K levels 70% lower than age-matched controls.

This association has been repeatedly confirmed. One recent trial involving almost 900 men and women found those with the lowest blood levels of vitamin K2 had a 65% greater risk of hip fracture compared to those with the highest levels of the nutrient.

In other human research, vitamin K2 has continually shown to be an effective treatment against osteoporosis: A review study of all randomized, controlled human trials of at least 6 months duration that assessed the use of vitamin K1 or K2 to lessen fracture risk identified 13 trials. All but one showed vitamin K reduced bone loss with K2 being most effective, reducing risk of vertebral fracture by 60%, hip fracture by 77%, and all non-vertebral fractures by 81%. And remember, reducing fracture risk is the true measure of bone health.